To Be A Reluctant Entrepreneur

But what I think I do want to say is that you should always test your idea before you actually go out and try and do it as a business. You should do the research; you should find out what kind of market there is out there; whether or not anyone else is doing it.  If there is other people doing a similar business, that’s a good sign because it means there’s a demand for it and people are buying it.

What kind of market and customers do you have out there?

So we’re going to be talking about some reluctant entrepreneurs that are out there that you may think we’re not reluctant, cautious entrepreneurs. But they were. They’re all from the book “The Reluctant Entrepreneur” by Michael Masterson. I didn’t know this about these people as I always thought they were risk taking entrepreneurs.

But no they were very careful entrepreneurs. So here goes.

For example, did you know Bill Gates, of course, he was going to school when he was doing his programming and designing his computer with his friends. He always had his family to fall back on in terms of working out of the garage there. They were supporting him. The legend was he dropped out of Harvard to start Microsoft. But that’s wrong. He actually had an approved leave of absence and then he relied on his parents financial support while he developed his programming skills. If it had failed and if it hadn’t worked out well, he would have gone back to Harvard and probably would have become a corporate executive, so the rest is history as they say. He had his family behind him he always had a plan B and he never took any risk. I’m sure he ate a lot of peanut butter and jelly sandwiches while he was working on his programming.

For Ben and Jerry of Ben and Jerry Ice Cream, a lot of people think they just went out there and started selling ice cream. But in fact they were in the bagel business. But when they realized how expensive the equipment was, they went and they looked for something else. It was cheap to make ice cream and they were in Vermont. So of course, there’s always tourists there as well as the locals and I’m sure they have great weather during the summer. So they started to sell fresh handmade ice cream from a Vermont gas station to the locals and tourists. At first, they barely cover their costs but they knew they had a good product. By putting in a lot of hard work they gained ground and after two years they began to sell their ice cream to local eateries. It was only after about four years, their efforts paid off. They thought about expanding beyond their backyard and they went statewide and then they went national and of course now they’re international. You know of course they’re not actually still with the company. I think they sold it out.

The owner of Waste Management started with a single garbage truck that he drove himself. He bought his second truck with profits he made from his first and a third with profits from the second and of course, as you know, it’s a nationwide billion dollar enterprise.

So, despite the myth that being an entrepreneur is a risky business. None of these entrepreneurs ever spent money before they actually did anything. They were always working from one 500 dollar profit to the next $500 profit. So we’re going to think about more on this because it’s a strategy you should think about.

Certainly, first off not quitting your day job.

Then second off deciding on an idea for a business.

One of the good ways to do that is of course to do something that you know about.

For example, Phil was a middle distance runner in the 1950s Of course, you know what track shoes were like then as they were basically just processed waste and it only cost $5 for track shoes.   So, when he was in graduate school he took a course in small business development and one of his assignments was to invent a new business and remembering his experience with track shoe issues, he thought about selling superior athletic shoes. So in those days it was cheaper to get them done in Japan so he put together a business plan and then he went to certain brands to get more information about the shoe business. Then after graduate school he went to Japan and saw that some of the shoes there were quite nice and they met to discuss and found and made a business deal and he was given the rights to distribute Tiger shoes in continental U.S. While he waited for his samples to arrive. He went got a job as an accountant and took classes. But he spent his spare time learning as much as he could about the business of marketing athletic shoes. The samples arrived a year later. He had written a business plan and made several key contacts in the U.S. who were well known coaches and other distributors that might be interested in track shoes. So he and his partner basically invested 500 of their own money in the venture. Then for the next five years, his partner Bill worked on improving the design of the shoe and Phil sold the Japanese imports out of the trunk of his car at track meets across the Pacific Northwest. Meanwhile both men kept their day job. Neither one risked their savings or gave up their salaries. Little by little they built up their startup into a profitable small business with 45 employees and sales about a million pairs of shoes a year. That’s when they changed the company’s name. They changed it to Nike.

So, as you can see you don’t have to be a risky entrepreneur going to spend $300000 to start up a business within six months.

You can start it right by creating a business plan. So unfortunately, it may sound boring but a business plan is very important for your business. It gives you the foundations of knowing whether or not ,of course, there is a business out there for you when you do start selling.

But of course, also, you’ve got to test your idea. So as far as offline, I think you could certainly test whether or not certain food items might be of interest to people by creating a sample and then going out to markets, flea markets and asking to show it to various stores et cetera and see whether they be interested before you actually go into production because there might already be someone who’s doing a very good job of what you want to do. Yhe same thing for online, you don’t want to start a business online selling courses on Excel if everyone else has courses on Excel and they don’t need your course on Excel.

You need to find out what is unique about yourself and your business. How is the idea special? [11.1]

For example, suppose you want to sell shoes. There are many companies selling shoes or selling shoes through their Internet. And one of the unique propositions for Zappos is that you can actually return your shoes which is quite unusual in the business of selling shoes.

So, for today you have to think about if you have an idea for a business and if you don’t there are certainly places you can go look and get ideas on that kind of home business. You can have off line as well as online and we’ll certainly go over some business models in the future on the strategy Sunday.

But for now you have to think about whether or not you’re willing to work hard at it and not plunge all your money into it but work at it say 10 hours a week. Learning about business and then using some of the knowledge that you have already and have a look through whether or not you have some skills or knowledge that other people might enjoy you sharing and obviously selling to them. We’ll be going on and talking about some of the ideas. Finding out whether your big idea will sell in the market. We can do that next week by doing some research and looking at your business by getting a couple of sample business for us to work in the next few months so I’ll think about probably in offline business as well as an online business. I’ll pick a couple of sample businesses and we’ll build up business plans for both as well as finding out whether or not there is a business out there for you.

We’ll certainly be looking at business models and we’ll be looking at market research and finding out where the customers hang out. 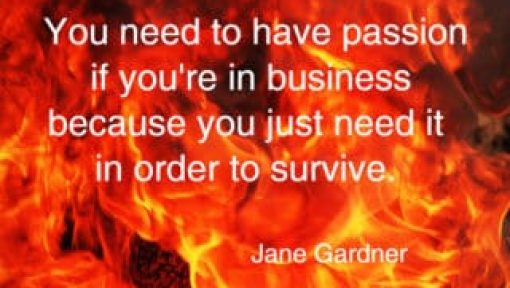 Be Your Own Boss Mindset Solopreneur Success Strategies podcast

Passion is a Trait of the Mindset of the Entrepreneur 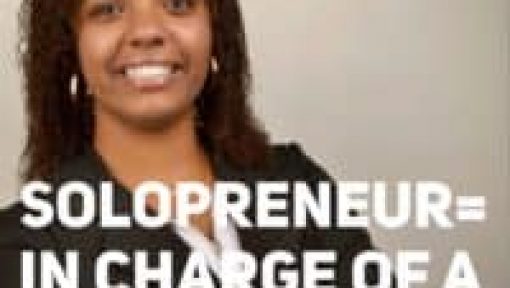 To Have Systems in your Business